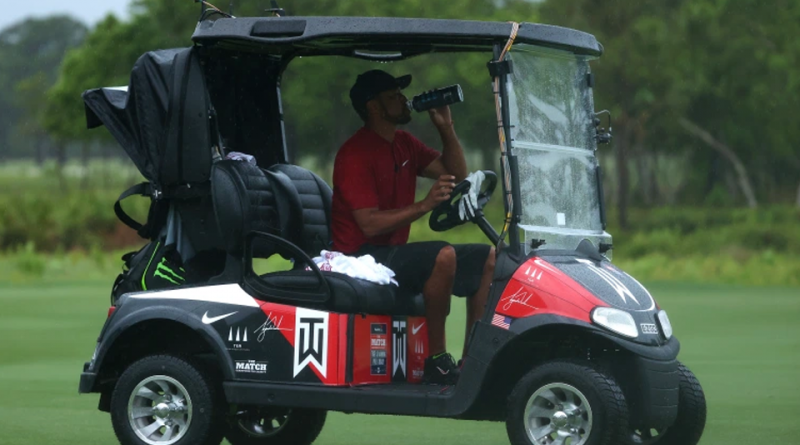 Tiger Woods announced an auction of 21 items to benefit his TGR Foundation earlier this week and you won’t believe how much some items sold for.

For instance, the most expensive item, a Full Swing Pro Series Simulator, which went for a whopping $41,000.

Two of the next three most expensive items were predictably the golf trips to Diamante Cabo San Lucas and TGR Design’s Bluejack National in Texas, which sold for $17,000 and $14,000, respectively. Sandwiched right between the two trips was one of the most exclusive items you’ll see in a golf auction: a replica golf cart from last May’s The Match: Champions For Charity event at Medalist Golf Club that saw Woods and Peyton Manning take down Tom Brady and Phil Mickelson.

Woods has been a busy cat since missing the cut at the U.S. Open last month. The 15-time major champion recently unveiled his new course at Big Cedar Lodge by winning the inaugural Payne’s Valley Cup with teammate Justin Thomas, defeating Rory McIlroy and Justin Rose. He also confirmed he’ll defend his Zozo Championship title later this fall at one of his favorite courses, Sherwood Country Club.