Upon first glance, you may not know the difference between a golf cart and a low-speed vehicle (LSV). In reality, the two are very different. They are built differently; they have different features, and the laws between the two are different. 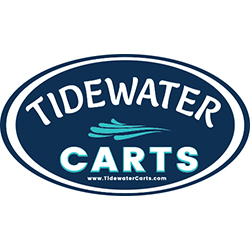 Golf carts are often used on golf courses for playing golf. They are also used to travel through parking lots, private land, apartment complexes and other non-public areas.

A golf cart can reach a maximum speed of 15 miles per hour. They can be modified to go faster; however, they aren’t built to do so. They often don’t have headlights, brake lights, or turn signals. You can buy kits to have these things installed, but if these are the features that you want, you should go with an LSV.

An LSV can reach a maximum speed of up to 25 miles per hour. They have headlights, brake lights, turn signals, and seatbelts. They also have better brake performance than a golf cart. Low-speed vehicles have these additional features so that they can be driven on public streets.

What Are the South Carolina Golf Cart Laws?

In South Carolina, there are certain laws regarding driving a golf cart.

Age: To legally drive a golf cart, you need to be 16-years-old and have your driver’s license. Even if you have an adult sitting next to you, it is still illegal to drive unless you are a licensed driver.

When And Where Can you Drive? In South Carolina, golf carts can only be driven during daylight hours. During these hours, you can drive on secondary highways and streets. There is also a limit on the distance that you can drive your golf cart, which is four miles from the address listed on the golf cart’s registration.

When driving your golf cart, you are going to need to keep your license with you. You will also need to obtain a permit from the South Carolina Department of Motor Vehicles and carry it with you at all times. Finally, you should carry proof of liability insurance.

What Are the Liability Dangers Of Underage Drivers Getting Into An Accident? If your underage child gets into an accident, you can be held criminally liable for endangering them. You can also be held financially responsible for any damage that your child causes.

What Are the Low-Speed Vehicle Laws In South Carolina?

In South Carolina, the laws for driving an LSV differ from a golf cart in a few ways.

What Equipment Does An LSV Need To Be Street Legal? Homemade LSV’s cannot be driven on the street. In order for an LSV to be street legal, it would need to have headlights, tail lights, turn signals,  and seat belts. Your LSV must also have rear view mirrors, side view mirrors, and windshield wipers. Finally, it will need a speedometer and a horn.

How Old Do I Need To Drive An LSV? To legally drive an LSV, you need to be at least 16-years-old and a valid driver’s license.

What Do You Need For the Department Of Motor Vehicles To Register An LSV?

To register an LSV, there is certain documentation that you will need to take to the DMV.

You also need to pay $15 for the title and $40 for the registration fee.

If you want the freedom to drive as far as you like, you should go with an LSV. Golf carts can only be driven four miles from your home.

Finally, if you want more speed, go with an LSV as they are faster than golf carts.