There are two types of carts that each have their own set of laws and regulations. The standard golf cart and the Low Speed Vehicle or (LSV). 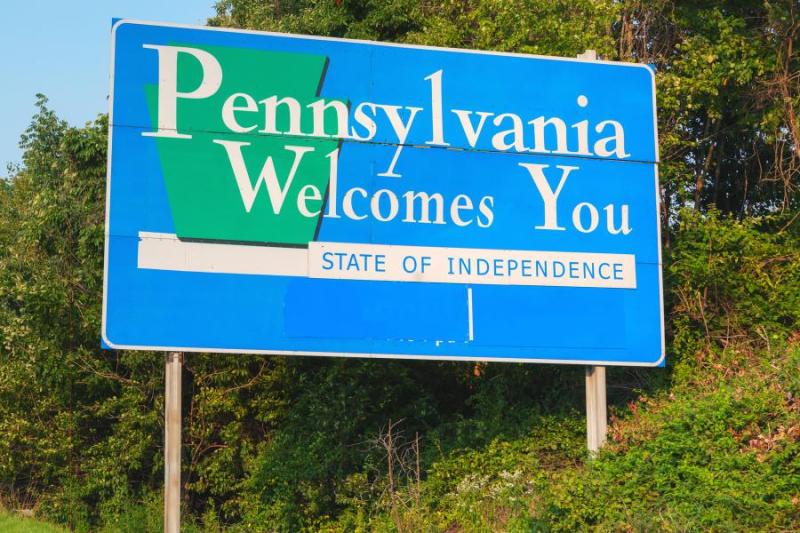 The basic difference between the two are the equipment they are outfitted with and how fast they go.

Golf carts generally do not exceed 20 mph whereas LSV’s go faster -up to 25-30 mph. LSV’s also have features like mirrors, turn signals, seat belts, windshields and more and these are mandated by the state in order to be street-legal.

A new law was passed in Pennsylvania, Senate Bill 785, which makes it legal for golf carts to travel for up to one mile. It is legal to cross a highway even if the cart is not be used for a game of golf. Finally, it is illegal to drive a golf cart on a public road after dark.

The driver does not need to have a driver’s license or proof of insurance to drive down a public road legally.

If your child is driving the golf cart and gets into an accident, you would be held liable for any damage that your child caused.

It is legal to drive a low-speed vehicle on a Pennsylvania road at any time of the day. Because low-speed vehicles have headlights, brake lights, and directional signals, they can be driven at night.

To legally drive a low-speed vehicle on the road, you must be at least 16-years-old and possess a valid driver’s license. While driving, you also need to carry your registration and proof of insurance for your LSV.

It is illegal to drink while driving an LSV. It is also illegal to operate an LSV while under the influence of alcohol. If you get caught, you can be arrested and charged with a DUI.

If you allow your underage, unlicensed child to operate a low-speed vehicle on a public road, you can be charged with child endangerment. If your child is involved in an accident while driving, you would be held responsible.

To legally drive your low-speed vehicle on the road, it needs to be registered. To register your LSV, you will need to bring the following:

If you are only going to be driving during the day, you can go with a golf cart. One benefit of driving a golf cart is that you don’t need a registration or insurance. If you want to drive at night, you will need to go with an LSV. You will need to obtain the necessary documents, which can be costly.