A golf cart is a standard four-wheel vehicle, and they are not manufactured with the necessary safety equipment to make them street legal. 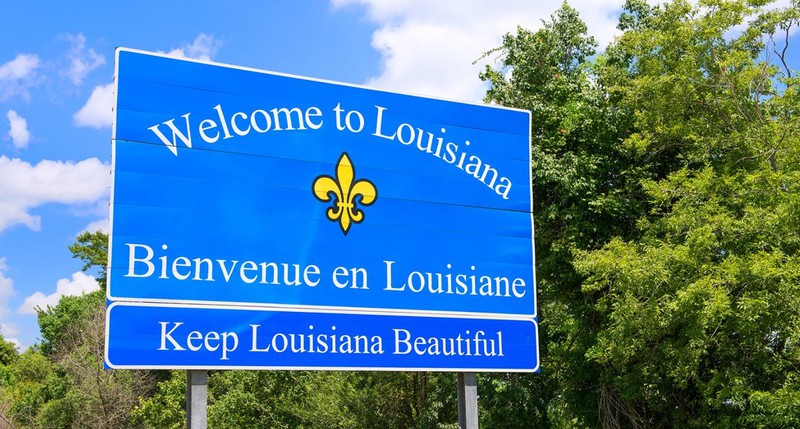 Because of these added features, low-speed vehicles are DMV, and DOT approved, making them street legal.

Golf carts can only be operated on parish roads that have been designated by the parish. The same is true with municipal streets. If you aren’t sure what roads are designated, look for signs. Each parish and municipality is required to post signs indicating that golf cart operation is allowed.

You can only cross state highways with a golf cart if there is a golf course on both sides of the highway and you need to get across to continue play. You are only allowed to cross in areas where the golf course has received a crossing permit from the Department of Transportation and Development.

To legally drive on the street, you must update your golf cart by adding headlamps, brake lamps, tail lights, front and rear turn signals, and efficient brakes. If you haven’t added these items to your golf cart, you are only allowed to cross the highway at posted areas of a golf course.

Also, you won’t be allowed to drive at night without adding the necessary features.

You are not allowed to drive a golf cart on a parish road or a municipal street unless you have a valid driver’s license. It also must be registered with the DMV, and you must have liability insurance.

If you allow an unlicensed child to operate a golf cart on designated roads, you can be fined. If your child is involved in an accident, you would be financially responsible for any and all damages that occurred.

While driving on parish or municipal roads, you are not allowed to drink alcohol or operate while under the influence. If you are caught doing either one, you would be charged with a DUI, the same as if you were operating a motor vehicle.

Low-speed vehicles can be operated on any divided street, roadway, highway, or divided highway as long as the speed limit is no higher than 35 miles per hour. Because low-speed vehicles are equipped with the necessary safety equipment, you can drive during the day or night.

To legally drive an LSV on public streets and roadways, you must be a licensed driver. You also need to register the LSV with the DMV and have liability insurance.

When driving a low-speed vehicle, the rules are the same as if you were driving a car. You must have a license, and you must obey the speed limit and the street signs.

If you are caught drinking while driving an LSV or driving under the influence, you will be arrested and charged with a DUI.

If you allow an underage, unlicensed driver to take your LSV out on public streets, you can be fined and/or prosecuted. If your child causes an accident, you would be held financially responsible for any and all damages.

For the DMV to accept your registration request, there are a number of items that you will need to have.

If you want to drive on all public roads and highways, you should go with an LSV. LSV drivers have much more freedom than golf cart drivers.