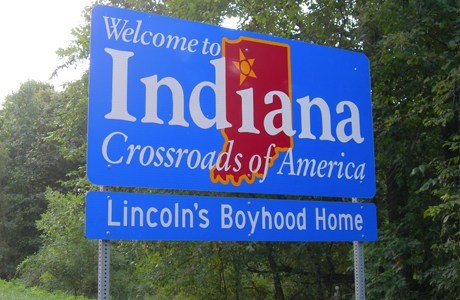 Golf carts and low speed vehicles (LSVs) are similar in many ways, but there are some notable differences between the two. The main difference is that golf carts typically have a slower maximum speed, which is usually around 15 or 20 mph.

However, some of the newer golf carts or carts that have been modified are able to go faster than the typical speed. LSVs were originally between 20 and 25 mph in speed, but like golf carts, they are faster than ever, with speeds as fast as 35 mph.

Another difference between the two types of vehicles is that LSVs come equipped with a vehicle identification number, which is needed by the DMV when registering it. Additionally, LSVs come automatically equipped with headlights, turn signals, mirrors, and seat belts, unlike golf carts. Furthermore, LSVs are allowed on roads with a speed limit of 35 mph.

What are the golf cart laws for Indiana?

Specific golf cart laws vary from city to city in Indiana, so it is important that you check with your specific area. In some of the medium-sized cities like Edinburgh, golf carts are treated in the same manner as automobiles. Therefore, drivers must be 16 or older and hold a valid driver license.

As long as the cart is street legal, it can be driven anytime during daylight hours. While driving a golf cart, you should have your driver license, inspection sticker and proof of insurance. Drivers found to be under the influence of alcohol will be treated in the same manner as those driving automobiles, so serious charges could result.

In order to register a golf cart in most Indiana cities, drivers must have the following:

There are liability dangers involving underage drivers who might possibly get into an accident while operating a golf cart. First of all, it’s illegal for an underage child to drive a golf cart, and should an accident ensue, their parents will be liable for any damage.

What are the LSV laws in Indiana?

In Indiana, in order for a LSV to be street legal, it  must have a VIN, working headlamps, a reflective slow moving vehicle emblem, a minimum of one red rear taillight, and a red or amber flashing lamp. A LSV must not exceed a speed of 35 mph on any public road.

Drivers of a LSV must be 16 and hold a valid driver license. Whenever driving a LSV, drivers must possess their driver license, proof of insurance, registration information and all working equipment. Drivers found under the influence of alcohol may be treated as those driving an automobile.

It is illegal for underage drivers to operate a LSV in Indiana, and there are liability dangers should an accident occur. Underage drivers are unable to be licensed or insured, and if an accident were to occur while driving a LSV, the parents of that minor will be fined.

Driving golf carts or LSVs instead of automobiles can be very convenient and quite practical in some situations. As long as you ensure your cart or LSV meets all the Indiana golf cart laws, you can drive as often as you like.