Differences Between Golf Carts and LSVs 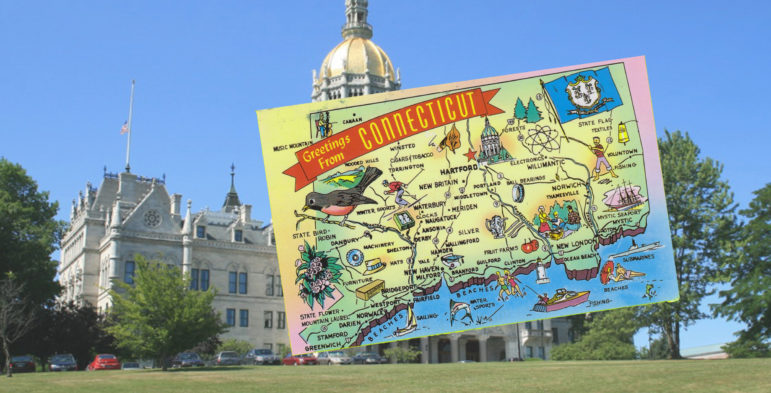 Golf carts are vehicles that are driven on golf courses, private property and sometimes neighborhoods to make it easier to get around. These vehicles generally have speed limits of under twenty mph.

LSVs are also called street legal golf carts or neighborhood electric vehicles. The primary difference between LSVs and golfing carts is that LSVs have speed limits that surpass twenty mph and are generally legal to drive on public roads with speed limits under 35mph.

The State Laws Regarding Golfing Carts

What Age Do Drivers Have to Be?

Connecticut golf cart and LSV laws require drivers to be legally old enough to operate golfing carts in the state. Because a driving license is needed before you can get behind the wheel, you have to be older than sixteen to be permitted to operate a cart.

What Distance and When Can You Drive?

What You Need to Have With You

You have to be licensed as a driver, before driving a golf cart in the state of Connecticut. All drivers should carry their driving licenses with them on the move and make sure that they put a flag on top of the cart, to keep other road users alerted of your presence.

Golf carts should be treated in exactly the same way as standard motor vehicles. Therefore, they should never be driven by anyone who has consumed alcohol.

Hazards Posed by Underage Drivers and Responsibility for Accidents

While using a golf cart, the law requires you to have insurance. Should an accident occur, your insurer will cover the damage. Nonetheless, if you drove the cart while below the legal age, your guardians or parents are accountable if you have an accident.

The Equipment LSVs Require to be Operated Legally

For LSVs to be driven legally on the streets, they must be equipped with various safety features. You should add rearview mirrors, headlamps, a windshield, turn signal, rear lights, a safety belt and brake lights.

What Age Do I Have to Be Before Driving?

Before operating an LSV, you must be at least sixteen years old. This is due to the fact that LSV drivers are required to own driving licenses. In addition, you must understand and adhere to the traffic laws.

What Distances and When Can You Drive?

LSVs can be driven at speed limits of over twenty mph, but under thirty-five mph. Nonetheless, you should check the signs about speed limits in your neighborhood. It is illegal to drive LSVs during the evening.

What You Need to Have With you

Having your driving license on you is a must, when operating an LSV. Moreover, make sure that you abide by every traffic rule. You should attach a flag to your LSV to make yourself more visible to other motorists from afar.

Do not ever drive an LSV after consuming alcohol or drugs. If you are caught driving under the influence, you might be prosecuted. Make sure you keep yourself and other drivers safe at all times.

How the Law Deals with Juvenile Drivers Who Have Accidents

All LSVs should have insurance, before being driven on the roads. In the event of an accident, your policy will pay for the damage caused. Notwithstanding, when underage drivers have accidents, their parents or guardians have to pay for the damage. Do not allow any underage children to drive LSVs.

How to Register Your LSV With the Motor Vehicles Department

You will need a driving license to register your LSV. In addition, you should make sure that your vehicle has a horn that works. A flag should be attached to your LSV as well, so other motorists can see you easily. Furthermore, you should be aware of all traffic laws and abide by these.