At first glance, the differences between an ordinary golf cart and an LSV (Low Speed Vehicle) might not seem apparent. However, there are  differences which one must bear in mind, as there are different laws that apply to either of them depending on which state you reside. 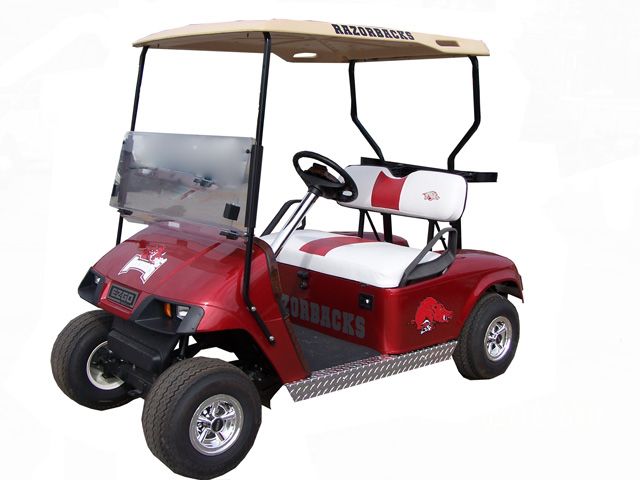 It’s important to be clear the on the differences between a standard golf cart and an LSV. The obvious difference is implied in the name; golf carts are primarily used on golf courses and private property in general whereas LSV’s are used as a useful mode of transportation on public roads.

Safety – An LSV is designed with safety in mind, seeing that it’s used in the public space. In adherence to state governed safety and performance standards, LSV’s are especially designed with brakes, brake lights, seat belts, turn signals, headlights, windshields and other features that make them suitable for use in the public. On the other hand, a golf cart is generally found on golf courses and quiet neighborhoods and doesn’t have any of the aforementioned features.

Speed -Unlike LSV’s which have a maximum speed of 25 mph, golf carts cannot travel at speeds in excess of 20 mph, unless deliberately manipulated.

Regulation – Ideally it makes logical sense that LSV’s are more regulated by law than golf carts.

Basically, DOT approval is required for vehicles that are used on roads and highways. So since an LSV is used on public roads, it is expected that your LSV must have taillights and headlights, turn signals and rearview mirrors.

Because golf carts aren’t designed for such public use, they do not require DOT approval. DMV approval, on the other hand, pertains to licensing and vehicle registration, which is not pertinent for golf carts, unless of course you have modified it for public use.

Now, to the more interesting bits you’ve been anxiously waiting for.

What are the Golf Cart Laws for the State of Arkansas?

Arkansas laws mirror those of other states, but slight differences exist. First and foremost, you need to be above the age of 14.

Drinking alcohol while driving on a public road is strictly prohibited for obvious reasons. And as far as limitations as to use is concerned, it’s impossible to drive one on roads designated as state or federal highways, as well a county roads.

No driver’s license is required.

Lastly, a person under the age of 14 will be held liable in the event of an accident occurring and bearing in mind the adolescent age, this responsibility will be transferred to the child’s parents.

The laws for LSVs are primarily the same as those for golf carts, but stricter in a few respects.

A valid driver’s license, registration and liability insurance is required.

The vehicle must also be equipped with headlamps, brake lights turn signals, rear view mirrors and other safety features. Furthermore, you can’t drive one at night, must not travel in excess of 25 mph on paved roads, and must not drive while under the influence of alcohol.

Registration of an LSV with the DMV

You are required to have a valid driver’s license, insurance, out of state title (certificate of origin from the manufacturer), a verification of vehicle form and an application for title form.

LSV’s and golf carts are rapidly becoming fashionable for one reason or another. But before you fall knee deep into this craze, be sure to know the Arkansas golf cart laws before you land yourself in trouble with the law.